Why we count and video record belugas. 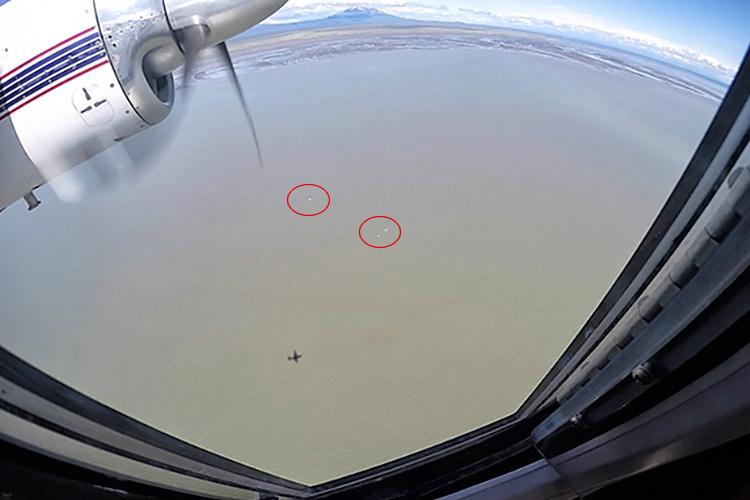 We are testing new video cameras this year and comparing them to cameras we’ve used since 2011. With observers counting whales from the plane, you may wonder why we also video record the whales. Video allows for frame-by-frame viewing of the groups and allows an analyst (usually one of us in the field) to mark the surfacing of each individual whale. This type of analysis is particularly helpful with large, dense groups of whales which can overwhelm even experienced aerial observers.

We operate two HD video cameras side-by-side with one camera set at a wide angle to capture the entire group for group size estimates. The second camera is set to zoom in on a sub-sample of the beluga group to capture smaller, darker whales that are hard to see and distinguish in the wide angle view.