In search of the white whale. 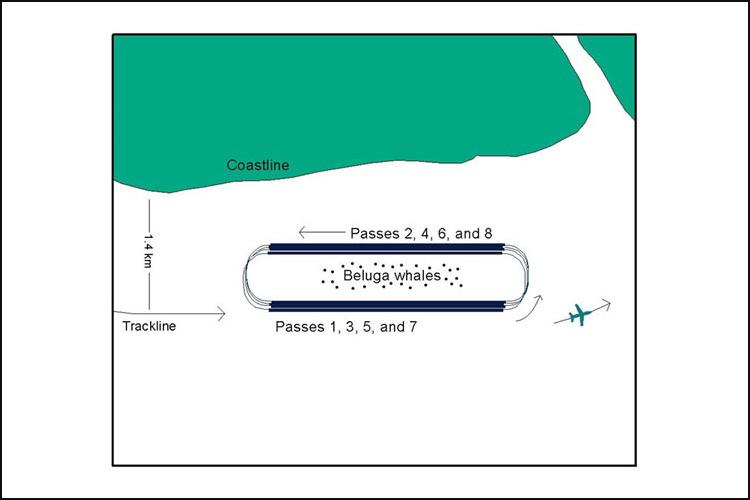 Today was the third day of our search for belugas in upper Cook Inlet (north of East Foreland and West Foreland). After conducting these surveys for over 20 years, we know a number of places where belugas are likely to congregate.

At this time of year, the belugas usually gather near river mouths to feed on fish. Similar to past surveys, so far we have found belugas in Turnagain Arm, Chickaloon Bay, and at the mouths of the Beluga River, Theodore River, Susitna River, and the Little Susitna River.

Once we encounter a group, we begin a series of counting and video passes following a racetrack pattern around the belugas (see image above).