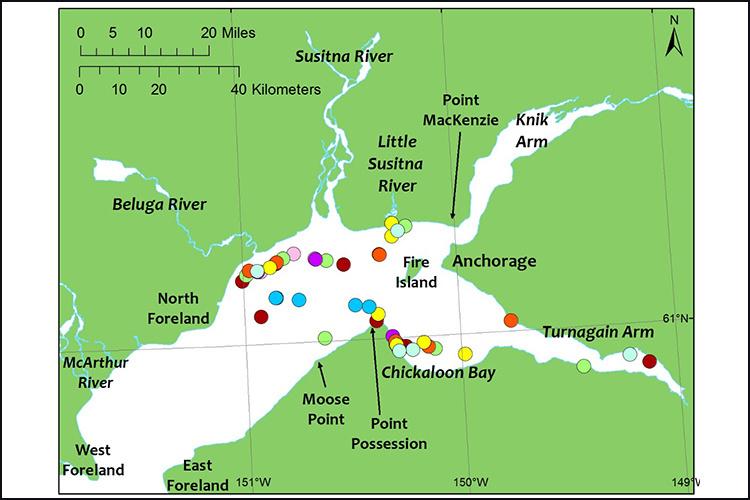 Another successful season completed. Over the 10 days of the Cook Inlet beluga project, we had only one bad weather day that kept us grounded. We spent two days surveying the lower inlet and had two days where the whales were too dispersed in the upper inlet to get adequate video and counts.

Belugas were not in Knik Arm or Trading Bay this year. The last time we saw whales in Knik Arm was in 2007, and in Trading Bay (near McArthur River) in 2012. We found the largest concentrations of whales in the Susitna delta between Beluga River and the western tributary of the Susitna River. One small group was in Turnagain Arm four of the seven days we surveyed there, near Girdwood, Sunrise, or Beluga Point. We also had multiple groups of whales in Chickaloon Bay each survey day (shown as different colors for each day on the map). All sightings were north of Moose Point and North Foreland.