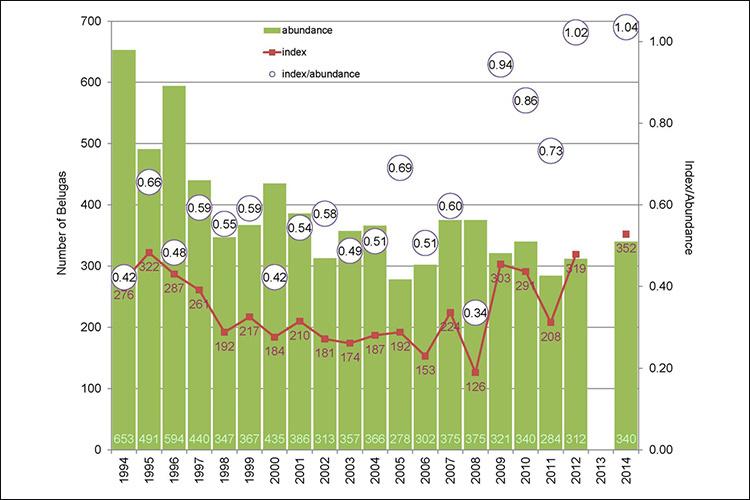 Time to head back to Seattle to analyze video over the next few months. We will be comparing results from the video to our observer counts (index counts) and applying corrections for missed groups and counting biases (for example, when observers may over-count or under-count a group of belugas). Once all these corrections are made we will be able to estimate the abundance of the Cook Inlet beluga population for 2016.

We will compare this abundance estimate to past estimates. This will provide us with a trend that will tell us whether the population is growing, declining, or stable for that period of time. We will look at the trend in estimates from the time hunting monitoring began (in 1999) and over the last ten years (2006-2016) to see if the population is beginning to show any signs of growth. Looking forward to returning home to our families and pulling together all the data we have collected!