Ensuring a Future for Seafood in a Changing Ocean: Part 1 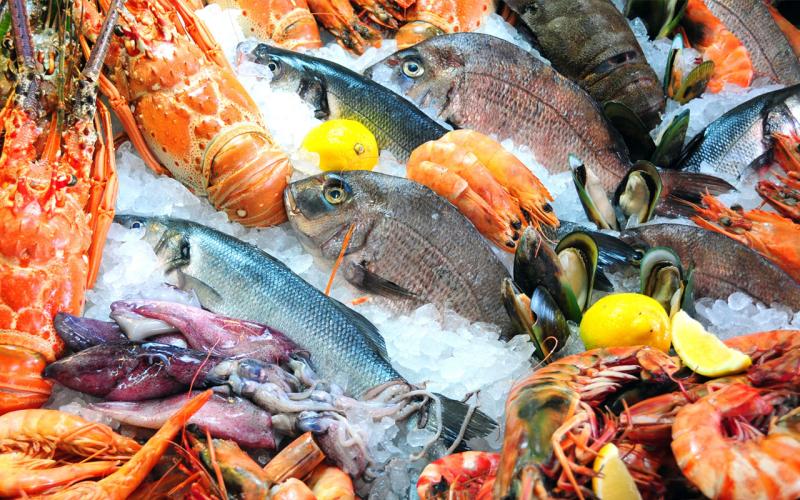 This October, we’re celebrating National Seafood Month by featuring (and feasting on) the bounties of our nation’s seafood industry. But we are also mindful of the challenges a changing ocean poses to the future of these harvests and all the people that bring them to us. Warming ocean temperatures, altered circulation patterns, and increasing acidity are already shifting and stressing the species we love to eat. In recent months, these climate change impacts have been especially dramatic in Alaska, leading to catastrophic declines in snow crab and Yukon River Chinook and chum salmon.

Rather than despair, people who care about the future of American seafood must be clear-eyed about the challenges we face. The inevitable changes to ocean ecosystems will require adapting our science, management, and communities to a new seafood future. The good news is that we are already taking a proactive approach to climate adaptation by working together to identify innovative solutions and equitable responses.

People across the nation are applying their talents, on-the-water experiences, and imaginations to tackle this challenge from different angles. Here’s a look at just some of the ways NOAA Fisheries and our partners are laying the groundwork for adapting our fisheries and aquaculture to a changing climate through the decades ahead.

The foundation of a proactive approach to climate adaptation is an understanding of climate impacts on ocean ecosystems and seafood species. Scientists at NOAA, partner agencies, and universities collect and analyze data to monitor recent trends, and develop models to forecast future changes. Some of their recent work has focused on creating tools to better comprehend these climate impacts across a range of geographic and temporal scales.

Visualizing Seafood Species on the Move

Shifts in marine species distributions are some of the most immediately visible effects of warming ocean temperatures on our fisheries—just ask the fishermen trying to catch them. This warming is occurring at a rate faster than the global average in the Northeast, especially in the Gulf of Maine. The impacts to several iconic seafood species have been extreme. Since the 1970s, for example, Atlantic cod have contracted their range northward by about 80 miles. During that time, American lobsters have shifted approximately 120 miles north, migrating into deeper and deeper waters in the fall. And black sea bass have expanded their range, moving some 140 miles north.

Earlier this year, NOAA Fisheries and partners at Rutgers University released a data visualization tool named Distribution Mapping and Analysis Portal. It helps users track these shifts over time. The portal displays catch data from more than 40 years of NOAA Fisheries bottom trawl surveys conducted in five regions. It also maps changes in habitat suitability for each species. User-friendly tools like these help set the baseline for discussions between scientists, managers, fishermen, and other stakeholders. They play a critical role in decision-making for a climate-ready future.

Changes to our fisheries due to long-term ocean warming trends have been exacerbated by increases in sudden and extreme warming events, known as marine heat waves. A particularly severe marine heat wave, nicknamed the “Blob,” dominated the California Current ecosystem in the northeastern Pacific Ocean in 2014–2016. As expected, species shifted hundreds of miles north in search of familiar temperatures. But another, unexpected impact to West Coast seafood came from algae. The heat wave created “hot spots” of harmful algae that produce toxic domoic acid, which can accumulate in shellfish and render it unsafe to eat. Even as the heat wave subsided, the reservoirs of harmful algae did not. This has required costly seasonal closures of the Dungeness crab and razor clam fisheries every year since 2015.

NOAA scientists have produced a new global forecasting tool that can predict these heat waves up to a year in advance. The tool offers the greatest foresight in regions with well known ocean-climate patterns, such as the El Niño-Southern Oscillation that influences the California Current ecosystem. With accurate forecasts of the timing and duration of marine heat waves in the months ahead, managers can better target shellfish seasons to avoid toxic algal blooms, while fishermen can anticipate geographic shifts in their target species.

Learn more about the Blob in a 3-part retrospective

Modeling the Future of Alaska Fisheries

Linking physical ocean and climate models with biological and socio-economic models advances a more holistic approach to exploring the possible effects of climate change on both marine species and coastal communities. This would be unwieldy at a global scale, but in Alaska, a large interdisciplinary team of NOAA and non-NOAA scientists has applied this approach at the ecosystem level. The Alaska Climate Integrated Modeling project, launched in 2019, focuses on the Bering Sea. First, physical oceanographers “downscale” global climate models to zoom in on the predicted temperature and circulation patterns for the region. Next, fisheries biologists apply these climate forecasts to population and ecosystem models developed for fisheries management. Finally, economists and sociologists, drawing on input from fishing communities, model possible economic and behavioral responses to change.

The hope is that this complex suite of models can help evaluate management measures applied over a long time horizon under a range of climate conditions. In 2020, the team used this method to evaluate the performances of different fisheries management strategies 50 years into the future. Of the stocks they focused on, two are key seafood species: Alaska pollock and Pacific cod. Their results suggest that Alaska’s ecosystem-based fisheries management strategies will help stave off climate-driven species declines in the near-term. Recently, scientists launched a sister project focused on the Gulf of Alaska to explore similar questions.

Learn more about the results of the management strategy evaluation

NOAA science plays a valuable role in informing efforts to adapt our seafood supply to a changing climate. Read the next installment for a look at how managers and communities are using these tools to bring people together around difficult questions.

Last updated by Office of Communications on October 06, 2022