Learn about the robust and transparent environmental standards that make U.S. seafood sustainable. 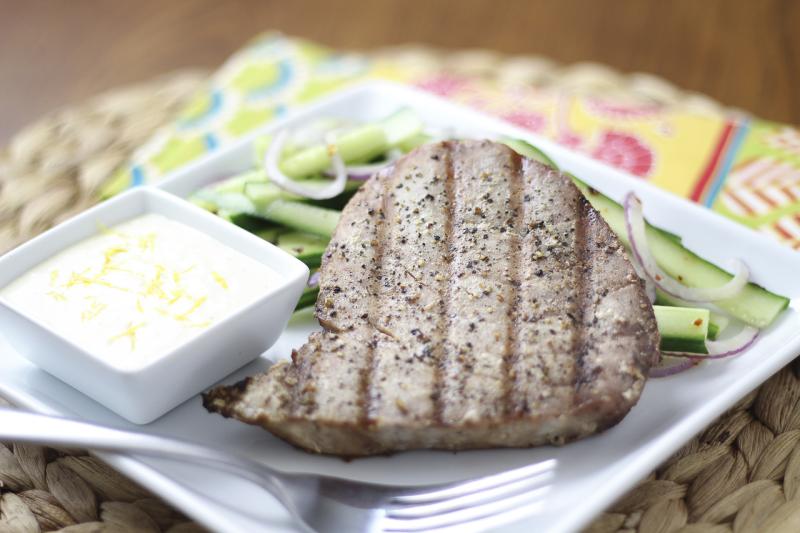 Shrimp, tuna, clams—the most popular seafood items in the United States are familiar names to both seafood lovers and the occasional consumer. You may have wondered about the environmental impact of consuming more of a popular product.

We’ve got good news: U.S. seafood is sustainable seafood! Thanks to our robust quotas, retention limits, and other management measures, you can be confident that U.S. seafood products were harvested sustainably. Around 75 percent of the shrimp harvested in the United States comes from the Gulf of Mexico. Three species dominate the catch there: white shrimp, pink shrimp, and brown shrimp. Each of these species currently have population levels above the targets set by scientists.

Federally permitted shrimp fishermen are required to report landings and effort for each fishing trip. The data is used in shrimp stock assessments and to support the sustainable management of red snapper. Depending on the gear they use, shrimpers must also use special equipment that reduces incidental catch, including sea turtle bycatch.

Bycatch reduction devices in the Gulf of Mexico

Five species of salmon are found in the Pacific Ocean along the West Coast of the United States. Some of these populations are protected under the Endangered Species Act. Others sustain important commercial, subsistence, and recreational fisheries.

Requirements like size limits, season lengths, and harvest quotas for commercial salmon fisheries vary year to year and are driven by science. This allows us to sustainably harvest as many salmon as possible while preventing overfishing and harmful impacts to listed species. It also allows populations to rebuild.

NOAA Fisheries manages tuna in both the Atlantic and Pacific Oceans. Albacore, yellowfin, and skipjack are the most common types of canned tuna, but sashimi lovers may also be familiar with bigeye and bluefin.

Our tuna fisheries are governed under some of the most comprehensive and responsive fishery management systems in the world. Tuna migrate across international boundaries, and in some cases dozens of nations are fishing the same stock. That’s why we participate in three international fisheries management organizations responsible for these species. Each group coordinates research, conducts stock assessments, sets national quotas, and establishes reporting requirements for either the Atlantic, Pacific, or Indian Oceans.

Domestically, NOAA Fisheries works with these international bodies, as well as state and federal agencies, to manage tuna stocks. In the Pacific, our regulations apply to the exclusive economic zone and adjacent high seas of California, Oregon, Washington, and Hawai'i. They also apply to U.S. territories in the Pacific: American Samoa, the Northern Mariana Islands, and Guam. Atlantic tuna rules are enforced in federal waters—and most state waters—off Atlantic, Gulf of Mexico, and Caribbean states and territories. Common measures across our tuna fisheries include catch limits, gear restrictions, fishery closures, and trip reporting.

Documentary on the Hawai‘i longline fishery

The Alaska pollock fishery is the second largest fishery in the world. It’s worth an estimated $1.98 billion and provides nearly 30,000 jobs across the United States. The fishery is also recognized worldwide as a model of sustainable management.

For more than 20 years, NOAA Fisheries has been successfully managing the pollock fishery with holistic ecosystem-based management. The pollock fishery in the Bering Sea, where populations are above target levels, was also one of the first U.S. fisheries to be managed with catch shares.

Keeping an eye on pollock

U.S.-harvested cod comes primarily out of Alaska's Pacific cod fisheries. Fishermen there must stay below catch limits that are set based on factors like gear type and ability to process their catch. In the Bering Sea and Aleutian Islands, 10.7 percent of the total allowable catch is dedicated to a Community Development Quota program. This ensures fishery-dependent communities in western Alaska have reliable access to the fishery.

Tracking cod in the Aleutian Islands

In the Northwest Atlantic, NOAA Fisheries is working to rebuild Atlantic cod. Our target rebuild date for the stock in the Gulf of Maine is 2024. The Georges Bank stock is scheduled to be rebuilt by 2027. In 2018, we designated a new Habitat Area of Particular Concern for juvenile Atlantic cod as part of our sustainable management efforts.

Listening for cod in the Gulf of Maine

In 2018, hard blue crab landings made up nearly half of the 289 million pounds of crab landed by U.S. commercial fishermen in state and federal waters. But the species with the highest landings in federal waters, where NOAA Fisheries sets regulations, was the Jonah crab.

Historically, Jonah crabs were harvested as an incidental catch by fishermen targeting lobsters in the northwest Atlantic Ocean. But commercial interest in the species as a targeted catch has grown in recent years. The Jonah crab fishery is cooperatively managed by states and NOAA Fisheries under the framework of the Atlantic States Marine Fisheries Commission. The commission approved the Interstate Fishery Management Plan for Jonah Crab in 2015. States began implementing regulations in 2016.

How we partner with state agencies

Geoducks, northern quahog, and other clams are some of the United States’ most valuable farmed marine products. But the nine million pounds of farmed clams produced in 2017 was just a fraction of the total U.S. harvest for these species that year. To expand the economic, environmental, and social benefits provided by clams and other shellfish, we’ve established the National Shellfish Initiative. We’re working with public and private partners to continue environmental research, support aquaculture permit efficiencies, and expand sustainable farming techniques.

In our wild-caught fisheries, the two species of clams with the highest landings are ocean quahog and Atlantic surfclam. Both of these have above-target populations and are managed through a catch share program. Individual fishermen and vessel owners have their own quota for the year that they can sell or lease to other federally permitted fishermen. We also enforce closures and other requirements to prevent clams that could cause paralytic shellfish poisoning from entering the market.

Last updated by Office of Sustainable Fisheries on September 30, 2022