At NOAA Fisheries, we are are working hard to better understand Alaska ocean ecosystems and to gather needed information to ensure healthy fish, crab and marine mammal populations. We do this by using varied and innovative technologies to both monitor and study the marine life and local habitat. Here's a look at some of the tools, techniques and technologies we use. 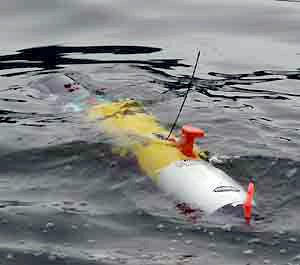 NOAA Fisheries researchers and their partners are always testing new ways to track tagged fish and collect data on marine environments. Using autonomous underwater vehicles (AUV), is only one such tool. The torpedo-shaped AUV can be programmed by researchers to cruise silently underwater, detecting and recording fish that have acoustic tags. Other sensors on the vehicle then collect environmental data, including current speeds, water temperature, salinity, oxygen concentrations and chlorophyll levels. The AUV is also equipped with a “side-scan sonar” which can record images of the ocean floor. The AUV can operate independently for over 12 hours, traveling at varying depths along a pre-programmed path, surfacing periodically to check and correct its position using a global positioning system (GPS). 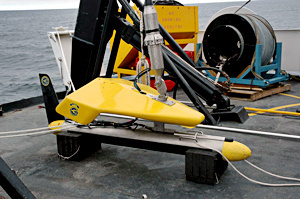 Side Scan Sonar units are towed close to the seafloor and are able, using raw digital backscatter sonar, to detect subtle variations in seabed composition and morphology. The multibeam technology not only produces extremely high-resolution imagery but the “swath bathymetry,” the feature enables efficient collection of precise seabed measurements as well. 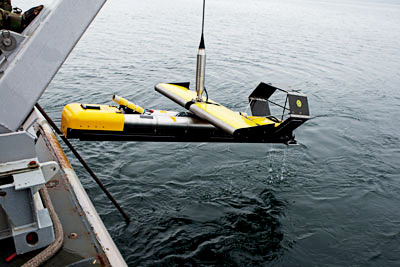 Our long-range side scan sonar units were purpose-built to enable NOAA researchers to more accurately study fish-habitat and better understand the effects of fishing-gear disturbances along the seafloor and on the population of eastern Bering Sea groundfish.

Long-range side scan sonar systems are distinguished by their ability to collect fully adjusted data about seafloor characteristics at large distances of over 1 km or greater. 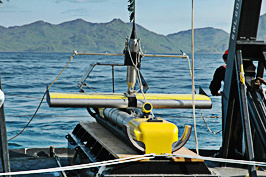 Echo sounding hydrographic survey equipment is used to acquire water depth information in a given survey area. Multibeam echo sounders, like other sonar systems, emit sound waves in the shape of a fan to measure and record the time it takes for the acoustic signal to travel from the transmitter to the seafloor or object and back again to the receiver. In this way, echo sounding units are able to gather information over a large survey area. The coverage of a given area can vary but generally is equivalent to two to four times the water's depth. 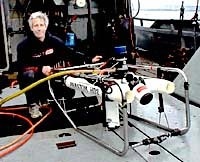 Video camera sleds are used in a wide array of configurations to record and monitor the current state of crabs and other marine life in Alaskan waters. Mounted with lighting and video equipment, the sled is generally towed, along the seafloor, behind a research vessel at up to 2 knots. Sleds can be used to cover several miles of seafloor per day and search large areas to locate crab aggregations for study. 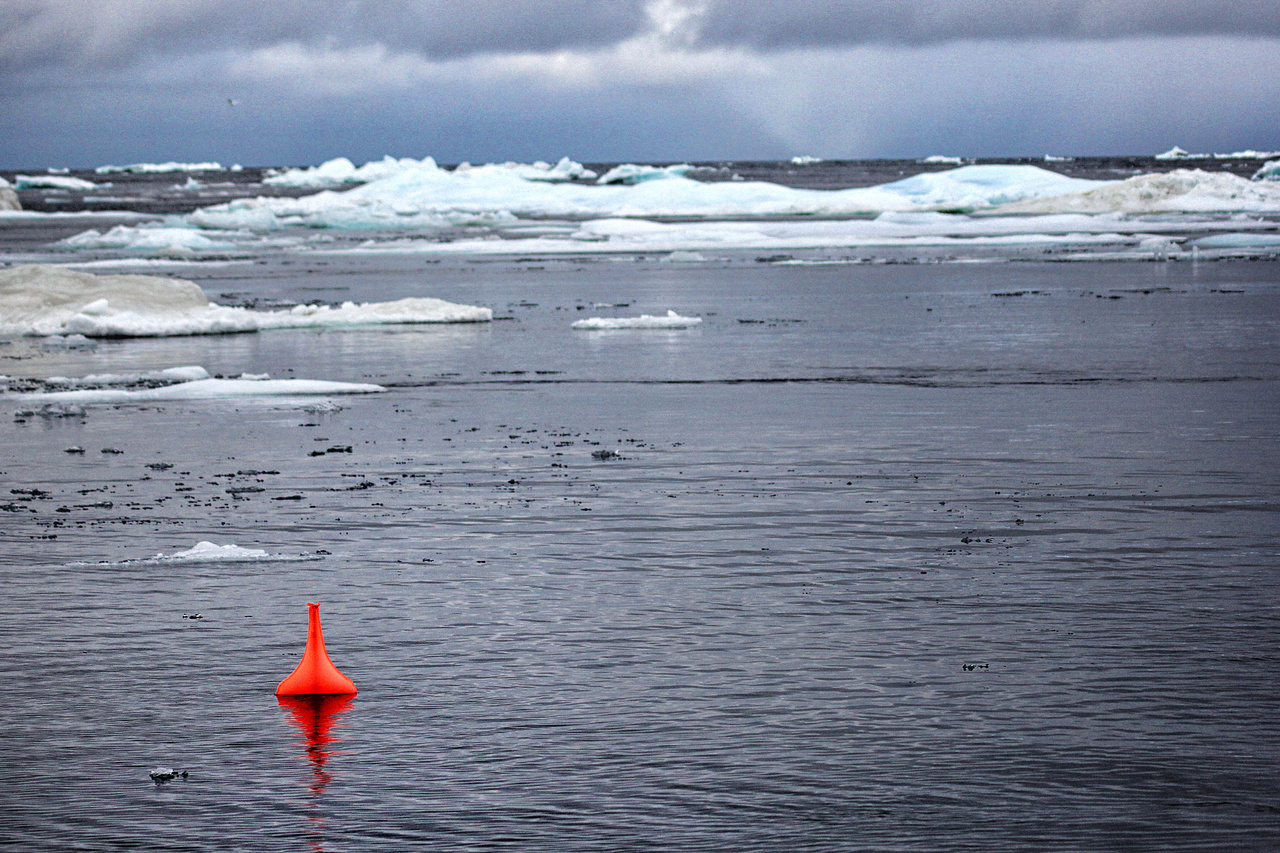 Sonobuoy technology is generally used in a passive format to monitor and record sound waves of passing cetaceans or environmental audio such as propeller, power plant or other noise. Those recorded signals are then transmitted to a listening post, generally located aboard ship. 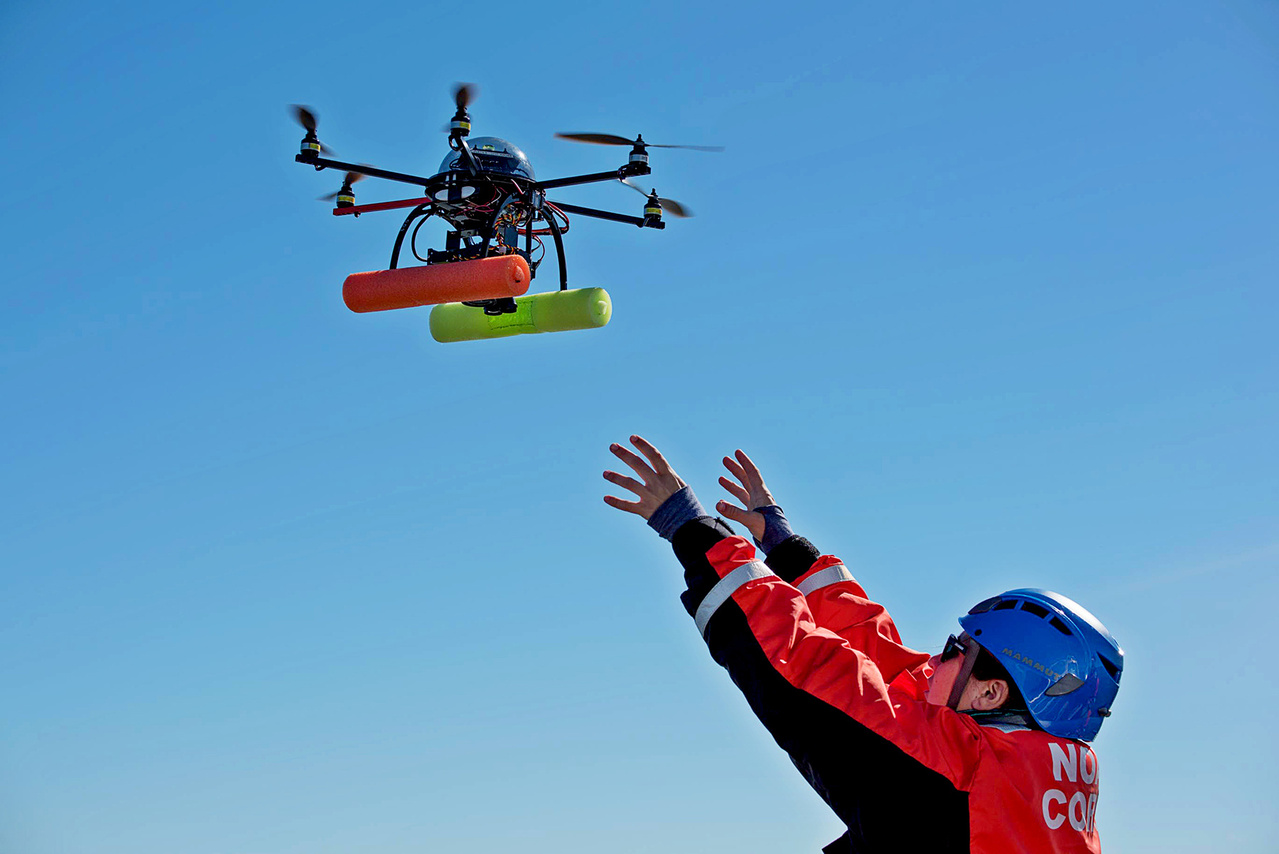 UAS units, many known as “Hexacopters,”, give scientists the ability to observe or photograph species from great distances with minimal or no impact to the animals or environment. Additionally, UAS units offer greater ease of deployment and adjustment to survey location parameters on a per need basis. The visual clarity offered by the mounted camera equipment and amazing flexibility has quickly made these units a valued part of many survey projects. 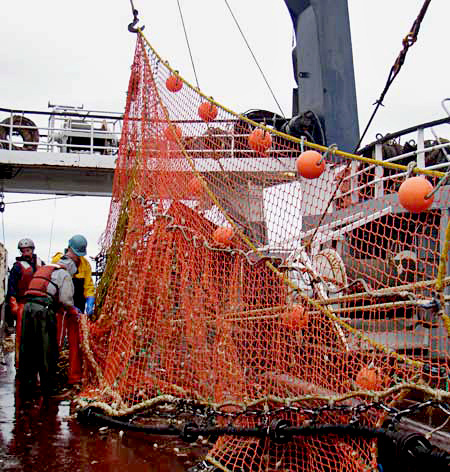 NOAA scientists, in cooperation with local fishermen, worked together to create a new type of Flatfish Trawl Gear. The new gear was created in order to reduce the damage trawl fishing was potentially causing important seafloor habitat while, at the same time, minimally impacting flatfish catch rates. By slightly modifying the sides of the gear to create 2 to 4-inch gaps along the bottom, they were able to attain both goals and reduce overall crab mortality rates as well. This new gear is now the primary equipment used within the Gulf of Alaska.

Last updated by Alaska Fisheries Science Center on May 03, 2021