Learn more about seals, marine mammals that are part of the pinniped family, which means "fin-footed" in Latin. 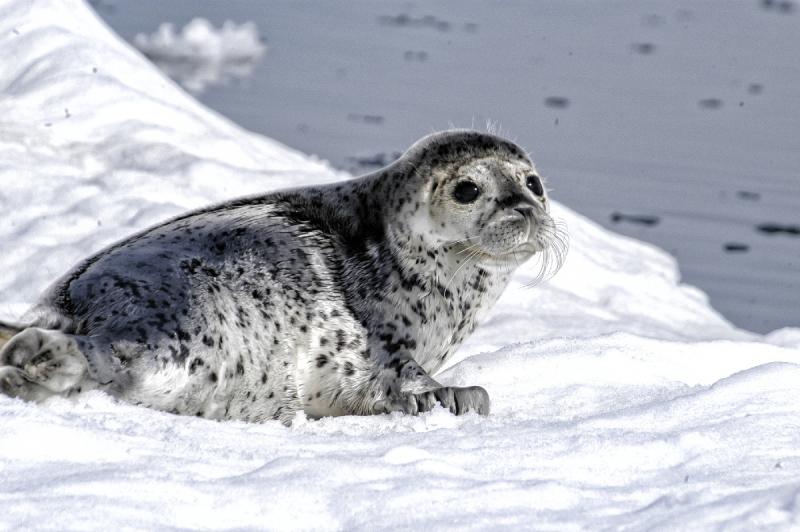 Celebrate International Day of the Seal by learning a few facts about these semi-aquatic marine mammals. Seals and sea lions belong to a group of marine mammals called pinnipeds, which means fin or flipper-footed. They are adapted for life in the ocean, but come on land for long periods of time. NOAA Fisheries and partners work to study, protect, and conserve these unique marine mammals and their habitats.

1) They have been around for a long time.

Fossil records indicate that the ancestors of modern seals first entered the ocean on the west coast, about 28–30 million years ago.

2) There are three different major types of pinnipeds.

“Phocid seals” are also called “true seals” and include several species such as harbor seals and gray seals. Phocid seals primarily use their back flippers to push themselves through the water (like rear-wheel drive) and do not have external ear flaps.

“Otariid seals” are also called “eared seals” and include all the species of sea lions and fur seals. Otariid seals primarily use their front flippers to pull themselves through the water (like front-wheel drive) and have small external ear flaps.

Walruses are the third type of pinniped and are well known for their large tusks that they use for foraging and fighting for dominance.

Seals and sea lions have many well-developed whiskers, much like cats. Like cats, they have a very acute sense of touch. Scientists think seals can use their whiskers to detect vibrations from swimming prey. Blind seals in the wild seem to be able to hunt and feed without sight.

4) They can go for long periods of time without eating.

A seal’s body stores enough fat in the blubber layer to allow the animal to go for extended periods of time without eating. In addition, most seals are opportunistic feeders—meaning they will eat whatever is available—consuming a variety of fish, shellfish, and crustaceans. Seals do not eat on land.

Seals and sea lions do not need to be wet constantly. They come out of the water to rest, molt,  or care for their pups. Well-intentioned people who find seals on the beach and try to keep them wet  are inadvertently harassing the animals, which is prohibited under federal laws and regulations. If you see a seal on the beach, give them space and let them rest.

Learn more about sharing the shore with seals 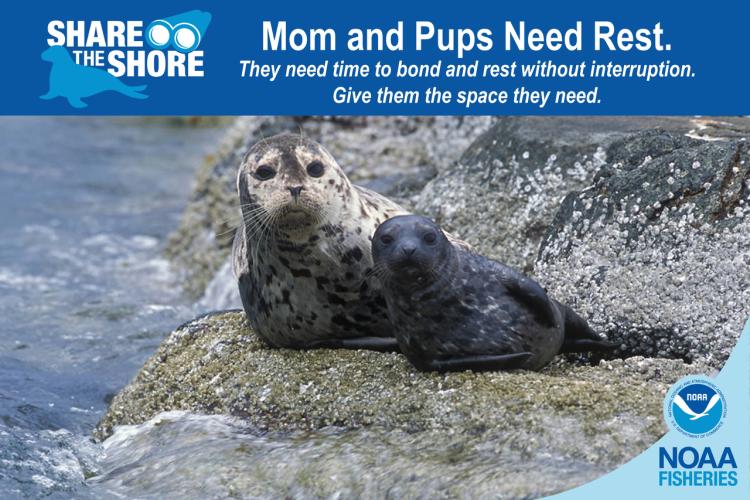 6) They get all of their water through the foods they eat.

Like all marine mammals, seals and sea lions get all the water they need from their food. Their bodies are very efficient at removing and recycling water from their food. They avoid drinking sea water; if a seal or sea lion drinks too much sea water it can become seriously sick. Arctic seals, which spend time on ice, may sometimes eat fresh water ice and snow.

7) Some pinnipeds move in a caterpillar-like motion but others “walk."

Learn more about the harbor seal

8) Hawaiian monk seals are one of the most endangered seal species. They are only found in the Pacific Islands—they do not live anywhere else in the world.

Hawaiian monk seals can hold their breath for up to 20 minutes and dive more than 1,800 feet. However, they usually dive an average of 6 minutes to depths of less than 200 feet to eat at the seafloor. The population overall has been declining for more than six decades and current numbers are only about one-third of historic population levels. The prolonged decline has recently slowed and since 2013, the population has been increasing range-wide at approximately 2 percent per year thanks to recovery efforts.

9) Some pinniped pups can weigh more than 20 pounds at birth!

Harbor seal pups, one of the smaller species of seals, weigh about 24 pounds at birth and are ready to swim within minutes. They are nursed for 4 to 6 weeks on milk that is 50 percent fat.

10) Gray seal pups are very vocal, and they sometimes sound like a human baby crying.

This is normal behavior that helps mothers find their pups on crowded beaches when they return to the shore from foraging. Moms don’t feed while nursing pups.

Learn more about the gray seal

11) Some pinnipeds, like the northern fur seal, can outrun humans on slippery rocks.

Northern fur seals have a stocky body, small head, very short snout, and extremely dense fur that ends at the wrist lines of their flippers. Their flippers are the longest in the fur seal family. Their hind flippers can measure up to one-fourth of their total body length. Their fore flippers are incredibly strong, allowing them to walk or run on all fours. They can outrun a human on slippery rocks and can climb nearly vertical cliffs.

12) Ribbon seals have a distinctive pattern of light-colored bands or “ribbons” on a dark background of fur. The pups are born with a thick, wooly white coat that they molt.

Ribbon seals are among the most striking and easily recognizable seals in the world. The ribbon seal gets its name from the distinctive adult coat pattern of light-colored bands or “ribbons” on a dark background. Adult males are the most striking, having a dark brown to black coat with white ribbons, while adult females range from silvery-gray to dark brown with paler ribbons. Juvenile ribbon seals typically have indistinct ribbons that gradually develop over 3 years with each successive annual molt. Ribbon seal pups are born with a thick, wooly white coat (lanugo) that is molted after 3 to 5 weeks.

Learn more about the ribbon seal

13) Four species of ice-associated seals inhabit the Bering, Chukchi, and Beaufort seas of the Alaskan Arctic.

These species are bearded seals, ringed seals, spotted seals, and ribbon seals. Collectively, they are often referred to as “ice seals”.

14) Harp seals get their namesake from the black patch on their back, which looks like a harp.

Harp seals gather in large groups of up to several thousand to molt and breed. Although they live in cold water, harp seal pups are born without any protective fat. Newborns quickly develop a thick layer of blubber while nursing.

Learn more about the harp seal

Last updated by Office of Communications on March 22, 2021