In celebration of our 150th anniversary, we are highlighting people who helped build the foundation of fisheries and marine science. Meet Spencer Baird, naturalist, collector, and museum organizer who founded the field of fisheries science and much more. 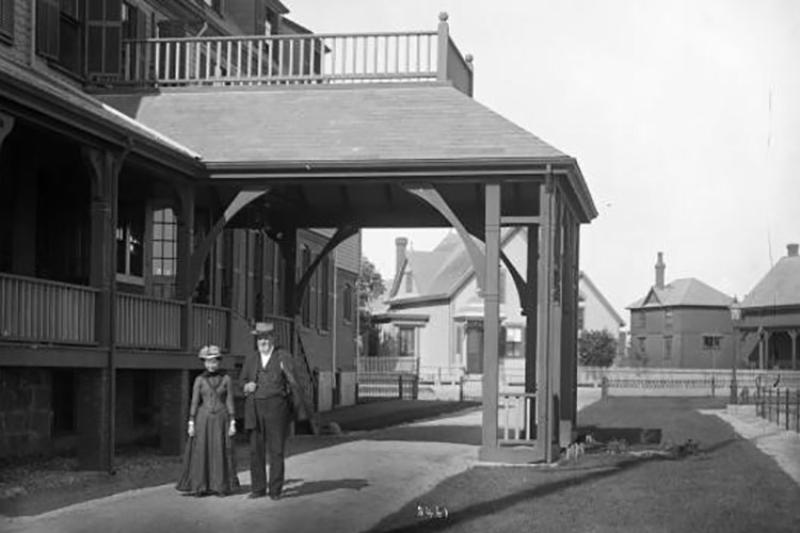 Spencer Fullerton Baird was born in Reading, Pennsylvania in 1823. Time spent as a child exploring the countryside with his brother fueled his passion for natural history. In 1838 he met John James Audubon, who gave him part of his bird collection, and encouraged young Baird’s interest in ornithology and collecting specimens.

He attended Dickinson College, receiving his bachelor’s degree in 1840. Baird then enrolled in the College of Physicians and Surgeons in New York for a year, but decided he was not cut out for medical practice. He returned to Carlisle, Pennsylvania to continue his studies at Dickinson College. He received a master’s degree in 1843 and an honorary doctor of physical science degree in 1856.

Baird was offered a teaching position at the college in 1845 as a professor of natural history. Popular with students for taking them into the field to study nature, he became chair of both the natural history and chemistry departments in 1848. He also served as librarian and curator of the college’s natural history collections.

Collecting for the Smithsonian

His broad scientific interests and writings earned Baird respect as an ornithologist, zoologist, herpetologist, and naturalist. He corresponded with many of the great naturalists and scientists of the day in the United States and internationally. In 1850, at age 27, he was offered a position as the first assistant secretary of the Smithsonian Institution. It reportedly took two freight cars to transport his collection of birds, lizards, fish, skins, and skeletons (weighing 89,000 pounds!) to Washington.

Unable to undertake much of the field research himself, he identified others to bring back specimens. He began building the Smithsonian’s collections through donations and exchanges, and by sponsoring expeditions. Specimens were obtained during surveys for an intercontinental railroad route to the West Coast in the 1850s. They were also obtained from geographic and geological surveys in the West during the 1860s to the 1880s.

Baird was the first curator at the Smithsonian. He achieved his dream of building and then serving as director of the National Museum, now the National Museum of Natural History. He also served as assistant secretary from 1850 to 1878, when he was named the second Secretary of the Smithsonian upon the death of Joseph Henry. Baird served in that post for 9 years, during which the National Zoo and the Bureau of American Ethnology were created to document North American cultures.

Well-connected in the scientific community, Baird served as secretary of the American Association for the Advancement of Science. The Association was formed in 1848 to promote the development of science and engineering in the nation. He was also an early member of the National Academy of Sciences, founded in 1863. He was known to the public for his science writings in the New York Herald and for many popular magazine articles.

Baird added to his list of responsibilities and achievements in 1871, when President Ulysses S. Grant appointed him the first Commissioner of the United States Commission of Fish and Fisheries. He received no salary at the Fish Commission given his paid position at the Smithsonian. Shortly after his appointment, he founded the Woods Hole Laboratory, the first federal fisheries laboratory, and began building a national marine and fisheries science effort.

He also pushed for the construction of two research vessels, the R/V Fish Hawk and the U.S.S. Albatross. He invited a talented group of scientists to work closely with him at the Fish Commission lab in Woods Hole. Notable colleagues included local naturalist and collector Vinal Nye Edwards and scientists George Brown Goode and Addison E. Verrill.

Baird pushed the boundaries of his mandates. He extended exploration beyond coastal waters, opening up offshore waters to endless discoveries with extended expeditions aboard the Albatross and other vessels.

Baird is credited with initiating the fields of marine ecology, fisheries biology or fisheries science, and laying the foundation of oceanography. He was also a pioneer in biogeography, the study of biological and geographic factors that influence the distribution of life on Earth.

He believed research and education went hand in hand. From the start, he invited visitors to see what researchers were studying by displaying aquaria full of local species. He was convinced that in a democratic society, people are entitled to know about the activities of the institutions maintained with public funds. Baird’s work at the Smithsonian Institution to expand its collections and enrich its exhibits, and the lab’s Woods Hole Science Aquarium, continue that legacy.

Baird is also credited with development of the village of Woods Hole as a scientific community and international center for marine science. He invited academic researchers to join him in Woods Hole for the summer, providing research space and access to facilities at the fisheries lab. That concept was later adopted by the neighboring Marine Biological Laboratory, founded in 1888.

“Baird perhaps can best be remembered as one of the able institution builders of a century ago who recognized the essential need for universities, museums, and government agencies to support and encourage an American scientific community that was then in its infancy,” noted Dean Allard of the U.S. Naval Historical Center in Washington, DC in a 1988 article in Marine Fisheries Review. “The foundations laid by such men as Spencer Fullerton Baird were the essential precondition for the thriving marine scientific community that is so visible in the Woods Hole of today.”