Check out our most popular features of 2021. 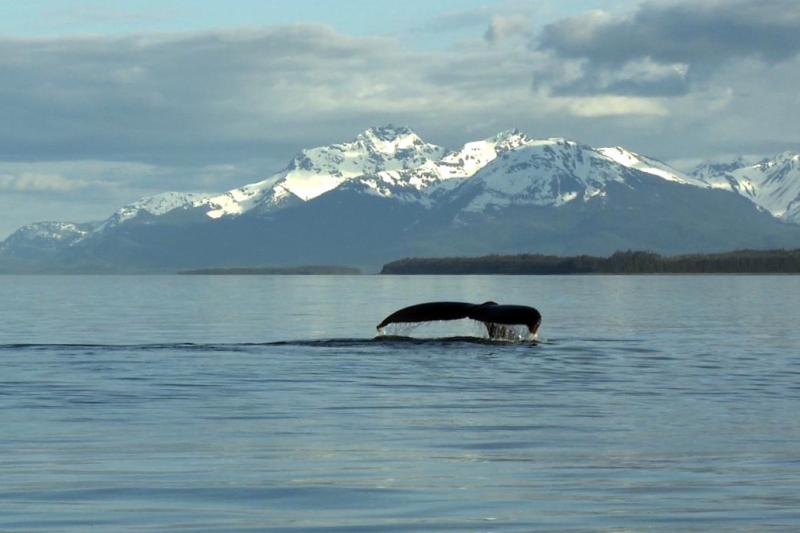 We're recapping our top stories, photos, and videos of 2021. Scroll on and see which features were most popular this year.

Sharks play a key role in food web and help ensure the balance of ocean ecosystems. We conduct research, assess stocks, work with U.S. fishermen, and implement restrictions on shark harvests. Through these actions, we have made significant progress toward ending overfishing and rebuilding overfished stocks for long-term sustainability. The U.S. fishing and seafood sector experienced broad declines in 2020 as a result of the COVID-19 public health crisis, according to a new NOAA Fisheries analysis. While losses vary by sector, by region and by industry, data and information from this report may help businesses and communities assess losses and inform long-term recovery and resilience strategies. 3. Six Reasons Why You Should Not Swim with Wild Spinner Dolphins

Swimmers and boats that come to visit wild spinner dolphins close to shore during the day could be disturbing their rest and potentially harming them. Wild spinner dolphins feed off-shore at night and return to sheltered bays and coastlines during the day to rest, socialize, tend to their young, and avoid predators. When their rest is interrupted, especially if it happens many times in a day, it can affect their health and well-being.

See why you should not swim with spinner dolphins On May 6, 2021, Henry J. Danzig of Tavernier, Florida, was sentenced to one year probation and a substantial payment of restitution to the Commonwealth of The Bahamas. He was sentenced for illegally harvesting commercial quantities of reef fish from Bahamian waters. The reef fish were harvested near Cay Sal Bank, in The Bahamas, and transported back to the United States in violation of the Lacey Act.

5. Five Things You Should Know About Sustainable Seafood

Fish, shellfish, and marine algae are renewable resources—they can reproduce and replenish their populations naturally. That means we can sustainably harvest fish within certain limits without depleting their populations. Fishery management is the process of using science to determine these limits—catching some fish while leaving some to reproduce and replace the fish that are caught. The United States is a global leader in seafood sustainability. Whales are among the largest and oldest animals on Earth. They can be found in every ocean and range in size from the small dwarf sperm whale to the massive blue whale, the largest animal on the planet. Whales belong to a group of marine mammals called cetaceans. Together with our partners, we work to ensure the conservation of whales which are all protected under the Marine Mammal Protection Act, and protect and recover those that are listed under the Endangered Species Act.

Officials confirmed that North Atlantic right whale #3920, also known as “Cottontail,” was found dead on February 27, 2021 about 15 miles off the coast of Myrtle Beach, South Carolina. The animal had been in poor body condition after being entangled in October 2020. Responding teams collected biological samples, placed a tag on the whale to continue to track its location, and removed ropes entangling the animal.

On Sunday, September 5, a young male bottlenose dolphin was rescued and released back into the Gulf. The dolphin was found in a retention pond in Slidell, Louisiana the day after Hurricane Ida came through the area. It was reported by concerned citizens in the area and monitored closely by biologists until an experienced team and appropriate resources could be assembled to rescue the dolphin safely.

The octopus was found by scientists conducting the 2021 California Current Ecosystem Survey aboard the NOAA Ship Reuben Lasker. They identified it as an East Pacific red octopus, Octopus rubescens, before placing it back in the water to grow and live.

Learn more about the survey

In a 2021 research paper, authors evaluated the usefulness of monitoring user-generated data on social media as a way to gauge public perceptions and effectiveness of current outreach efforts for endangered smalltooth sawfish.

4. North Pacific Right Whales Spotted in the Gulf of Alaska

NOAA scientists collected rare video footage of endangered North Pacific right whales in the Gulf of Alaska. North Pacific right whales are among the most endangered animals in the world with fewer than 100 individuals estimated remaining. The species was heavily exploited by Russian whaling in the 1960s. Only an estimated thirty individuals make up the Eastern stock that inhabits Alaska waters.

See what our scientists are finding on their annual surveys from coast to coast!

Check out some fan favorites from the Northeast Bottom Trawl Survey

To celebrate Shark Week, we asked our social media followers to vote for the freakiest shark in the ocean. Choices included the basking shark, cookie cutter shark, pocket shark, and thresher shark.

Learn more about these sharks

NOAA hosted a virtual open house series in 2021 to visit some of the many places where NOAA science happens. Their first stop was Woods Hole Laboratory.

2. Listening for Whales: North Pacific Right Whale Research in the Gulf of Alaska

7. Recreational Fishing: Many Things to Many People

Last updated by Office of Communications on September 01, 2022