U.S. wild-caught Alaska snow crab is a smart seafood choice because it is sustainably managed and responsibly harvested under U.S. regulations.

Habitat impacts from crab pots are minor because fishing occurs in areas of soft sediment such as silt and mud that are unlikely to be damaged by fishing gear.

Observers are required on 20 percent of the vessels in the fishery. They collect data on catch and bycatch and document any violations of fishing regulations. 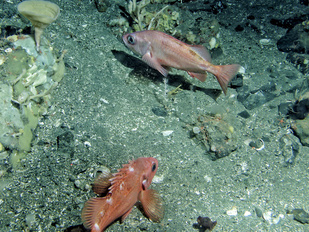 NOAA Fisheries conducts various research activities on the distribution and abundance of Alaska snow crab. The results of this research are used to inform management decisions for this species. Our research in Alaska on the growth, reproduction, diet, distribution, and juvenile habitat of Alaska snow crab provides information crucial for understanding and managing this species.

This Fisheries Management Plan includes all species and fisheries for…
January 30, 2019 - Assessments ,
Alaska

This database contains distribution information for crab species in the…
November 20, 2018 - Map ,
Alaska Profiles of Fishing Communities of Alaska

This Fisheries Management Plan includes all species and fisheries for Alaska crab (red, blue, and…