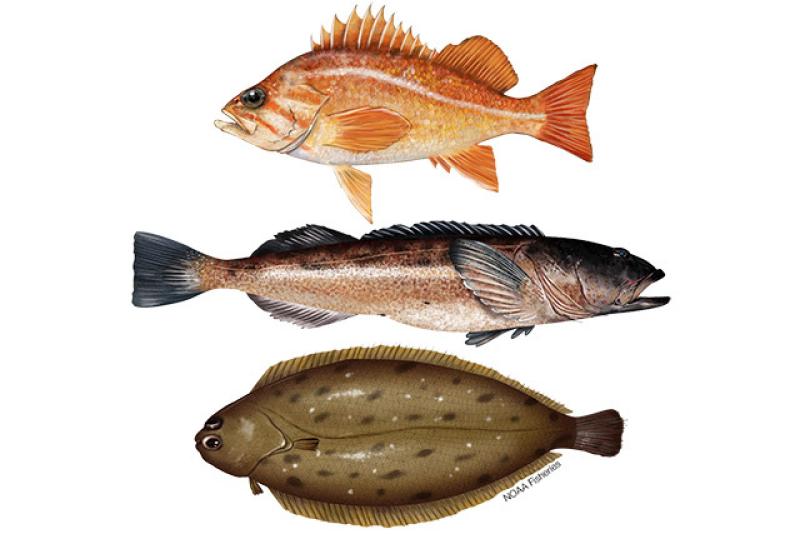 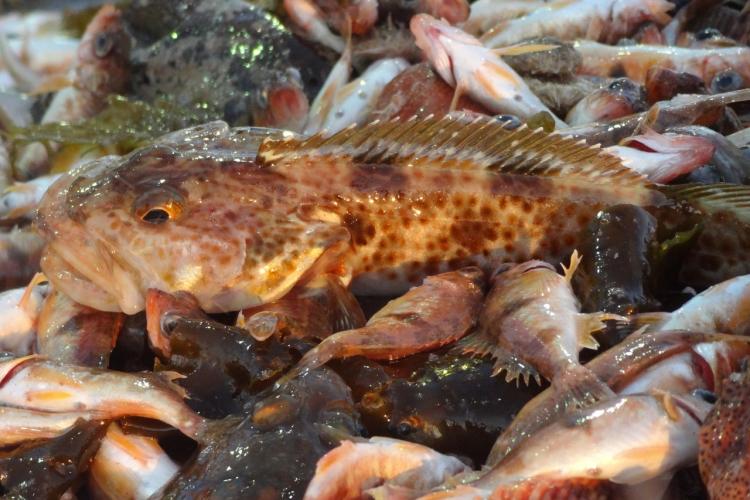 Groundfish refers to more than 90 different types of roundfish, flatfish, rockfish, sharks, and skates off the West Coast. With a few exceptions, groundfish live on or near the bottom of the ocean. Fishermen from Washington, Oregon, and California catch them year-round using a variety of gear types. These stocks are harvested in both non-tribal and tribal commercial fisheries and recreational fisheries. NOAA Fisheries and the Pacific Fishery Management Council oversee the management of West Coast groundfish in U.S. federal waters.

Groundfish populations on the West Coast have rebounded from lows experienced in the 1990s. Measures including closed areas, reduced catch limits, and a shift to “catch shares” management were implemented. As a result, the recovery of some rockfish species has occurred more than a decade earlier than the timeline estimated by scientists. Today, most of the 90 plus stocks managed under the West Coast groundfish fisheries are not overfished and are not experiencing overfishing. The following stock is making progress towards being rebuilt:

Groundfish generally fall into one of the following categories of fish:

Groundfish are commonly associated at some part of their lives with the ocean floor. While most groundfish share this characteristic, a wide variety of life history traits can be found. Some species are long-lived, with life spans exceeding 30 years. in some extreme cases they may reach ages of 100 years or greater. Longer-lived species tend to produce fewer offspring that grow to adulthood, but have other life history traits for coping with environmental variability. Species with shorter life expectancies tend to have more variable reproductive success. They experience more pronounced “boom and bust” population dynamics. Life history information continues to be evaluated and incorporated into the stock assessments which provide the basis for fishery management decisions.

Most species are coastwide stocks. Some of them vary in concentration from north to south, and some are common from the U.S./Canada border to the U.S./Mexico border. Groundfish inhabit a variety of depths, ranging from intertidal and nearshore to waters as deep as 3,500 meters (1,900 fathoms). Most individual species tend to localize by depth more than latitude.

In 2011, NOAA Fisheries and the Council implemented “catch shares” management for portions of the commercial fishery. Catch shares allocates each fisherman a share of the allowable catch, as determined by scientific data. The Groundfish Trawl Catch Share Program freed fishermen from having to race each other to catch the most fish. The management change resulted in a substantial reduction in discarded catch.It led to the full rebuilding of several groundfish species, some of them a decade or more ahead of expectations.

For questions related to West Coast groundfish permits and licenses or the associated forms, please contact the NOAA Fisheries Permit Office at (206) 526-4353.

Sign-up to receive bulletins and notices by email. After entering your contact information, check the boxes for the "Groundfish“, “Pacific Whiting”, and/or “Recreational Fisheries“ topics under “West Coast Updates". 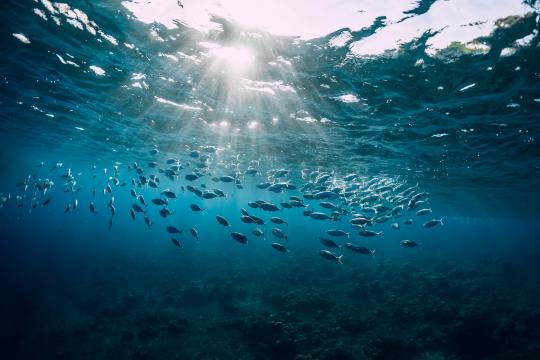 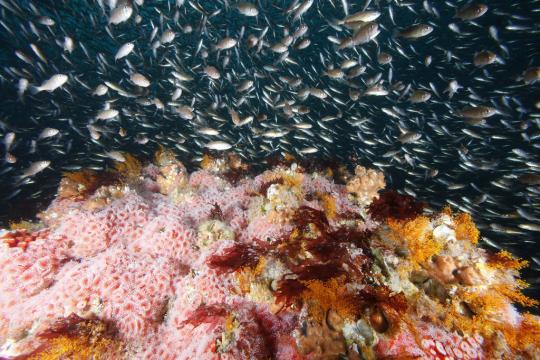 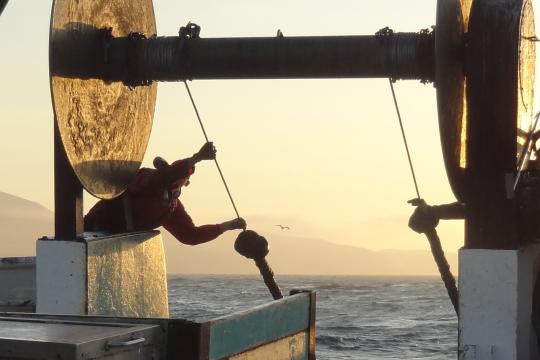 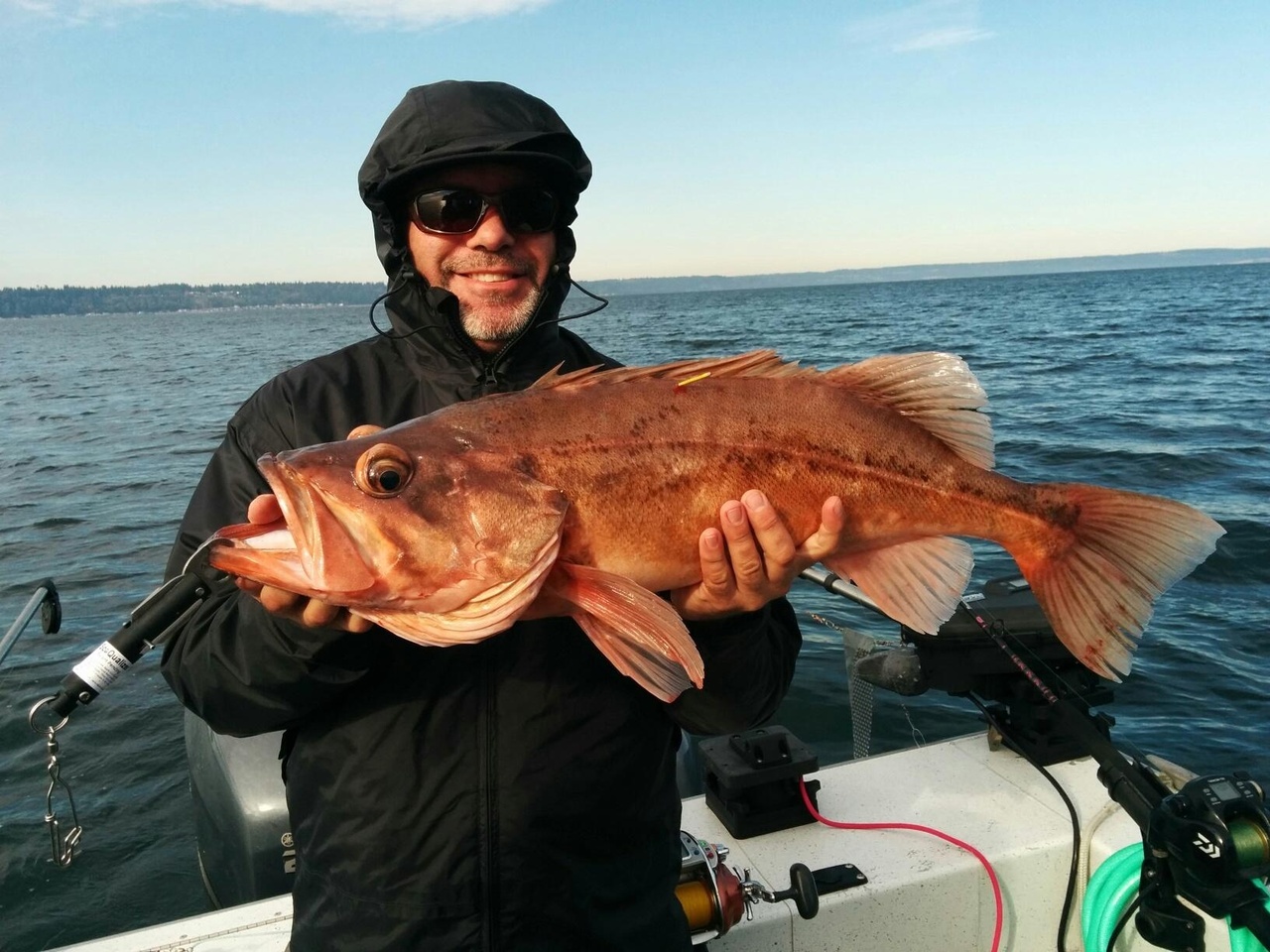 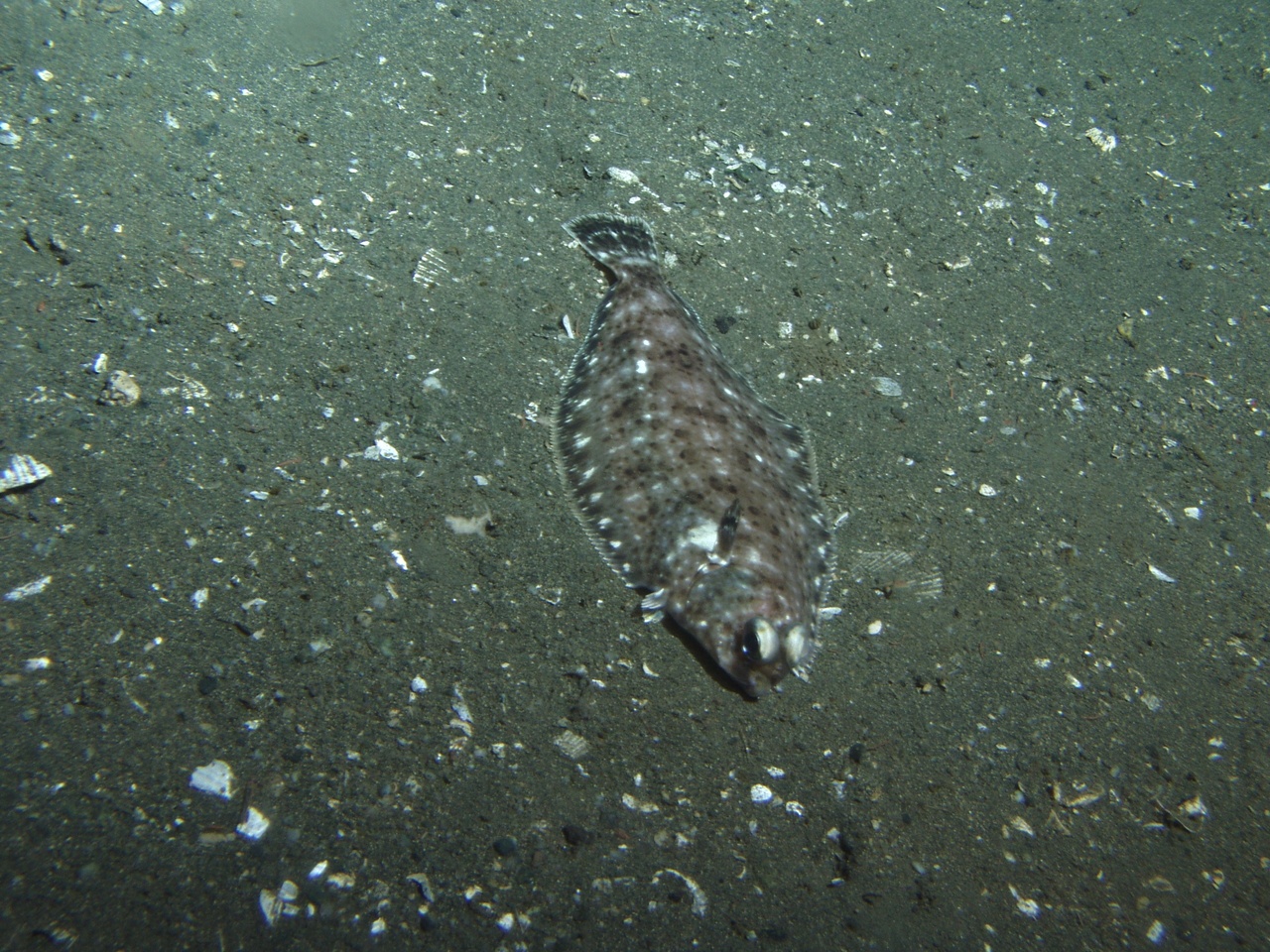 The non-tribal commercial West Coast groundfish fishery consists of a wide variety of vessels using different types of fishing gear. The main types of fishing gear include trawls (which can be in the middle of the water column or near the bottom), longlines, fish pots, and other variations of similar gear. The fishery is also split into two groups based on whether vessels are required to hold a federal limited entry permit to participate or whether they fish without a federal permit in the open access fishery.

The tribal West Coast groundfish fisheries include tribal commercial fishermen who have a federally recognized treaty right to fish for federally managed groundfish in their "usual and accustomed" fishing areas. These tribes, all located in Washington State, include the Quinault Indian Nation, the Hoh Tribe, the Quileute Nation, and the Makah Tribe.

The main sectors of the West Coast Groundfish Fishery include:

NOAA Fisheries West Coast Region's office in Seattle, Washington, manages Pacific Coast groundfish limited entry permits, quota share permits and accounts, vessel accounts, first receiver site licenses, and cooperative applications for the at-sea whiting sectors. The forms for actions on these permits and licenses can be found on the West Coast Fisheries Permits page. If you have questions related to these permits and licenses or the associated forms, please contact the West Coast Fisheries Permit Contact at (206) 526-4353.

Harvest specifications include annual catch limits for a species or species complex. They typically become effective on January 1 of any given year (the beginning of the management cycle). They are in place for a two-year period, except as changed through in-season adjustments to management measures.

In some instances, electronic monitoring may be used in place of human observers. Electronic monitoring consists of video cameras, an integrated Global Positioning System (GPS), and associated sensors. These are used to record fishing activity at sea. Video and sensor data is reviewed after the trip to determine fishing locations and quantify discards. This catch data is used along with captain-reported logbooks in place of observer data to debit vessel accounts.

Vessels are monitored using a vessel monitoring system (VMS). This consists of a NOAA Fisheries type-approved VMS transmitter that automatically determines a vessel's position. It transmits that position to a NOAA Fisheries-approved communications service provider. The communications service provider receives the transmission and relays it to NOAA Fisheries. In the West Coast groundfish fishery, the position data is primarily used to monitor fishing activity relative to closed areas.

West Coast groundfish fisheries, and fisheries that may take groundfish incidentally, are managed with a variety of closed areas. These are intended to either minimize the bycatch of overfished groundfish species or to protect groundfish habitat. Many of the closed areas are gear-specific, meaning that they are closed to some particular gear types but not others.

Learn more about groundfish closed areas on the West Coast

NOAA Fisheries works with fishermen, industry, non-governmental organizations, scientists, and academia. Together, they find approaches and strategies for reducing bycatch and protecting habitat.

Observers collect information on what is caught, whether it is landed or discarded at sea, to estimate bycatch. The West Coast Groundfish Observer Program produces an annual groundfish mortality and bycatch report. The report evaluates catch and bycatch of all species.

There are two primary species of salmon that are caught as bycatch in the Pacific Groundfish fishery, Chinook and coho salmon. Some of the populations of each species are protected under the Endangered Species Act. Salmon bycatch in the groundfish fishery most often occurs with trawl gear. NOAA Fisheries and the Council carefully manage salmon bycatch through bycatch guidelines (limits on salmon bycatch by fishing sector). They also implement temporary and permanent area closures to protect salmon in the ocean and on their way back to their rivers to reproduce.

The West Coast is home to a variety of seabird species. Seabirds are a vital part of marine ecosystems and are valuable indicators for ecosystem health. These seabirds are protected by the Migratory Bird Treaty Act, and some are listed as endangered or threatened under the Endangered Species Act. The West Coast is home to the following endangered or threatened seabird species:

Seabirds are attracted to fishing vessels and fishing operations—offal and bait can be tempting sources of "free food." Unfortunately, this also means that they may get hooked or entangled in fishing gear, especially in longline fisheries. The NOAA Fisheries West Coast Region uses a variety of required methods to reduce the bycatch of seabirds in its fisheries.

Humpback whales can become entrapped and entangled in fishing gear, which can result in serious injury and mortality. Observed entanglements in the groundfish gear are rare but have been seen in the Limited Entry sablefish pot fishery and the Open Access Fixed Gear pot fishery.

The groundfish fishery management plan contains measures to conserve and protect groundfish essential fish habitat. In 2006, through Amendment 19, over 100,000 square miles of the EEZ, including approximately 14,000 square miles of some of the most sensitive ocean floor habitats off Washington, Oregon, and California, were closed to bottom trawling, or to all bottom-contacting gears. In 2020, through Amendment 28, over 10,000 square miles of sensitive ocean floor habitats where closed to bottom trawling. These habitat conservation measures restrict vessels targeting other species besides groundfish, and, when working in concert with other gear restrictions and fishery management measures, minimize the adverse effects of fishing on groundfish essential fish habitat.